Honeybee Burger is on a bold mission to become the first national fast-food burger chain that is 100% plant-based while saving the planet at the same time, according to Adam Weiss, Founder and Director of Honeybee Burger.

Honeybee Burger is on a bold mission to become the first national fast-food burger chain that is 100% plant-based while saving the planet at the same time, according to Adam Weiss, Founder and Director of Honeybee Burger.

Weiss and his co-founders Jeremy Adler, Brian Cikigil, and Ophelia Weiss opened the first Honeybee Burger storefront in Los Feliz, California, back in 2019. Since then, this humble burger joint has grown into a vegan sensation, with a virtual kitchen in West Los Angeles, a move to Silverlake, California, and a flagship location in mid-LA set to open this summer.

Their plant-based take on American classics like cheeseburgers, milkshakes, and mac and cheese has earned them accolades from Eater Los Angeles, and some of the most popular plant-based companies, like Akua, Atlas Monroe, and Eclipse have chosen Honeybee Burger as their LA launch partner for new products.

When Weiss and his team first opened, they knew they wanted to build a delivery business in addition to their on-premise business model. So they reached out to all the 3rd party delivery companies that were popular in their area with the goal to find out which delivery partner would support their long-term business goals.  ”We wanted to know if they would help us integrate, help us onboard, and give us tech support.” Weiss explained.

As they evaluated delivery partners, Grubhub stood out. “Grubhub was incredibly supportive. Whenever we needed something, we got someone on the phone,” said Weiss.

“Grubhub is proactive, they’re reachable- we actually have a person we can talk to.” 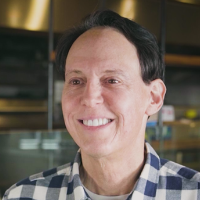 Building a delivery business with Grubhub for Restaurants

When Honeybee Burger joined Grubhub for Restaurants they were partnered with a Grubhub Account Advisor, a dedicated account success manager who worked directly with the Honeybee Burger team to provide support, feedback, and assistance whenever they needed it. “Grubhub always responds quickly with an email or phone call, and we realized that was pretty cool” said Weiss.

In addition to receiving support from their Account Advisor, Honeybee Burger also found success with Grubhub’s marketing promotions. “They’ve actually worked with us on marketing initiatives. It’s nice because we really feel they’re vested in our business as opposed to being one of many service providers” commented Weiss.

Honeybee Burger has also found success with Grubhub’s Smart Promotions, an advanced marketing tool that makes it easy for restaurant operators to increase their sales on Grubhub.  “Their Smart Promotions capability is really the best among all the providers that we have,” said Weiss.

“Grubhub understands us. They understand they provide more than just a delivery solution.”

Look beyond the price when evaluating delivery partners like Grubhub

For independent restauranteurs evaluating delivery partners, Weiss has one piece of advice: look beyond the price.

When Weiss first started evaluating delivery partners, the first thought he had was, “why am I paying a 20% or higher commission? But when you think like that, you fail to go past the surface” he explained, “and you rule out viable choices that might make it worth the additional percentage points in price.”

Honeybee Burger is busy building its future. They recently raised over 1 million dollars in less than 2 months through regulated crowdfunding to fuel their expansion strategy.  And as they continue to grow and expand, they know Grubhub will be by their side to help fuel their delivery business. “Grubhub is one of the most proactive delivery partners that we have. We’re really happy to be in business with them.” said Weiss.

Are you interested in capturing new customers and growing your takeout and delivery business? Sign up with Grubhub for Restaurants today!