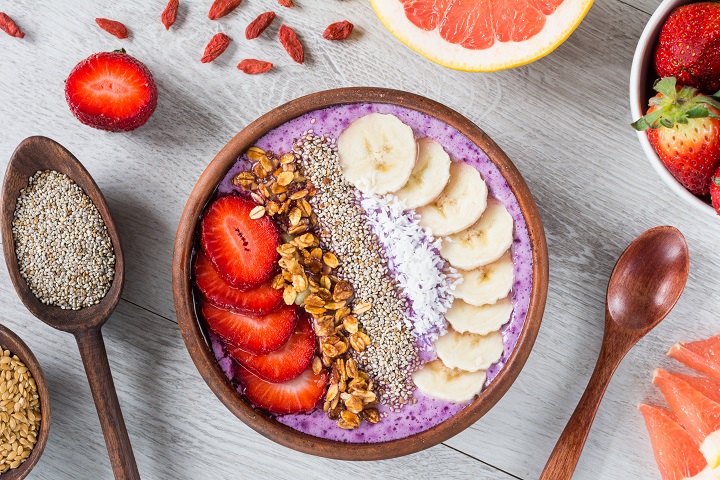 Are You Ready for These Five Crazy Food Trends?

From modern twists on old classics to lesser-known ingredients just waiting to be discovered, a handful of creative food trends take the culinary world by storm each year. Check out five of the latest food trends to learn how your restaurant can begin attracting diners and critics who are eager to discover what all the buzz is about.

During a sushi-making session back in 2005, Peter Yen toyed with the idea of sushirrito – a quick, yet filling alternative to traditional sushi served at sit-down restaurants. Using seaweed as a wrapper, sushirritos are traditionally filled with veggies, sauces, rice and raw fish. Although Yen initially considered his creation to be nothing more than a running joke among friends and family, the sushirrito has gained national attention for its convenience and taste more than a decade later. Restaurants in Chicago, New York and Washington D.C. have started serving different variations of the hand-held meal, giving diners all across the country the chance to enjoy fresh fish and vegetables on the go. If your restaurant doesn’t serve sushi, brainstorm some other unique food mashups that fit your menu. Others that have been popular in recent years include cronuts (a donut and croissant mix) and ramen burgers.

The visual texture and appearance of a dish can have a big impact on its perceived taste, which is part of the reason ube – a purple yam that hails from the Philippines – gained so much fanfare throughout the first few months of 2016. A few ways to incorporate ube into your menu include adding to sweets such as doughnuts, ice cream and cheesecake. Ube’s vibrant color may be enough to tempt diners to make extra room for dessert.

Demand for more nutritious menu options is hotter than ever before. According to the National Restaurant Association, more than seven in 10 adults are trying to eat healthier at restaurants than they did two years ago. Sprucing up your menu with poke bowls – a traditional Hawaiian salad made up of a wide range of healthy ingredients, including raw fish, rice, toasted seaweed and sesame seeds – will give you the opportunity to boost business by catering to this growing segment of diners.

The poke bowl isn’t the only bowl-related trend to reach restaurants this year. Thicker than their traditional counterparts, smoothie bowls offer diners the opportunity to mix and match yogurt flavors and different toppings such as frozen fruits and vegetables, granola, and nuts. From tossing shredded coconut into a blender with pineapple or mixing kale with apple, the combinations available to diners are only limited by their imagination. As an added bonus, smoothie bowl presentation is almost as trendy as taste, as the variety of colorful toppings present restaurants with countless Instagram-worthy, eye-catching arrangements.

Stuffed with Oreos and slathered with Oreo cream cheese, Oreo bagels are sure to catch the eye of breakfast- and dessert-lovers alike. Made popular by a bakery in Freehold, New Jersey, these decadent creations are sweeping the nation one state at a time. Adding Oreo bagels or other unique baked goods and desserts to your restaurant’s menu will give diners a chance to satisfy their sweet tooth and show off you restaurant’s creativity.